With over 25 years of experience in the sector, Joanna worked for Citibank International Plc. from 1990 to 2012 in various positions of authority in the Distribution Management.

From 1998 to 2003 she was a Branch Manager (N.Erythrea & Maroussi Branch). In 2004 she undertook the position of Citigold Team Manager in the Southern suburbs of Athens and South Greece, managing  a team of 20 Relationship Managers responsible for the Wealth Management of High Networth Individuals (Personal Banking).

From 2008 to 2012, as a Vice President of the Bank, Joanna held the position of Distribution Area Manager, being responsible for 12 upscale Branches in the Northern Suburbs of Athens.

She left Citi in 2012, in order to co-found SAFE Ltd, an Independent Wealth  Management Advisors company, which operated successfully as an associated representative of Piraeus Securities S.A.

In 2015, the owners of SAFE Ltd., Joanna Analyti and Efthymios Sourtzis, proceeded to found SAFE ADVISORS INVESTMENT SERVICES S.A., a privately owned Company, which is managed by its 2 shareholders/owners, a company completely Independent of any Banking or Financial Institution, which is regulated by the Hellenic Capital Markets Commission (HCMC), operating under strict internal and external audit controls that assure of the highest level of security.

SAFE ADVISORS has been already operating successfully for over 5 years, specializing in Independent Advisory Investment Services for high net worth individuals and in the holistic approach regarding the provision of full and complete advisory services which cover the whole aspect of the financial needs of its clientele.

Joanna has a Law Degree from the University of Athens.

She is certified in the Provision of Investment Advice (Certification B) by The Bank Of Greece.

Efthymios started his career in 2005 when he joined Citibank International Plc. From 2005 until 2011, he worked in several positions in the Distribution Network, proving his inclination and interest in the field of Wealth Management Advice. Due to his high performance achievements Efthymios was quickly promoted from investment Customer Representative to Senior Relationship Manager for high net asset customers, in Citigold, Personal Banking.

While working in Citibank, he was awarded in numerous occasions for his high achievements in the area of high quality wealth management advisory and customer satisfaction.

In 2015, the owners of SAFE Ltd., Efthymios Sourtzis and Joanna Analyti, proceeded to found SAFE ADVISORS INVESTMENT SERVICES S.A., a privately owned Company which is managed by its 2 shareholders/owners, a company completely Independent of any Banking or Financial Institution, which is regulated by the Hellenic Capital Markets Commission (HCMC), operating under strict internal and external audit controls, that assure of the highest level of security.

SAFE ADVISORS has been already operating successfully for over 5 years, specializing in Independent Advisory Investment Services for high net worth individuals and in the holistic approach regarding the provision of full and complete advisory services which cover the whole aspect of the financial needs of its clientele.

Efthymios studied Business Administration in the University of Staffordshire, UK. He also pursued Postgraduate studies in the field of MSc Global Marketing Strategy.

He is certified in Portfolio Management (Certification C) by the Hellenic Capital Markets Commission (HCMC).

Constantina worked for Citibank International PLC from 1993 to 2014 in various positions of authority in Branch distribution network.

From 2003-2005 and from 2008-2010 she held the position of Branch Manager (Koropi & Melissia Branches). In 2006 she undertook the position of Service & Control Officer (Maroussi Branch), being responsible for providing guidance, delivering training and verifying compliance with procedures, controls and regulations of Branch's staff, according to Citibank rules & regulations.

From 2010, Constantina held the position of Acquisition Specialist/Sales Deputy (Psychico Branch), being responsible for acquiring new customers belonging to affluent segment, while she was also managing the branch's sales, service and supervision of Sales Suitability of Investment Products.

Moreover, she participated in Branches' distribution network restructuring, during 2010 and 2012, being responsible for the compliance with controls & procedures, ensuring that they are strictly followed during Branches' final operation.

In April 2014, Constantina joined SAFE, as the Compliance Officer of SAFE Ltd, while also undertaking the task of preparing and organizing the operation of SAFE ADVISORS INVESTMENT SERVICES S.A., according to regulatory and compliance requirements.

Constantina holds the position of Compliance Officer and Data Protection Officer (DPO) at SAFE ADVISORS S.A., while she is also a non-executive member of  the Board of the Company.

She is certified in the Provision of Investment Advice (Certification B) by The Bank Of Greece.

Member of the Investment Committee

Ilias joined SAFE Ltd. in 2012, undertaking the position of supporting all the Operations of the Department of Investment Advice. His main duties consisted of the research and daily monitoring of markets, the monitoring of customers’ investment portfolios and their adjustment according to markets’ conditions, the customers’ updating with the latest market news through daily, weekly and monthly reports and the update of management and relationship managers regarding new products, new opportunities and potential risks.

After 4 years of successful performance Ilias undertook the position of Head of the Investment Advice and Market Research Unit at SAFE ADVISORS S.A.

Since 2017 Ilias holds the position of Head of Portfolio Management & Market Research Unit, while he is also a Member of the Investment Committee of the Company.

Ilias is a graduate of the department of Business Administration of University of Piraeus and holder of Master in Finance (MSc in Finance) from ALBA Graduate Business School.

He is certified in Porftolio Management (Certification C) & in Investment Analysis (Certification D) from the Hellenic Capital Markets Commission (HCMC).

For the past 4 years she has been working in positions regarding B2B customer service, while she has undertaken secretarial and other office management and administrative duties in various businesses.

She holds a Bachelor’s Degree in Foreign Languages Translation & Interpreting from the Ionian University.

She is fluent in two foreign languages, English and German.

Nikos has been working for SAFE ADVISORS since 2017, in the Market Research Unit of the Wealth Management Department.

Moreover, he works on project development management, on the development of applications that aim to the optimization of the Company’s Investment Services.

Katerina is a student at the Athens University of Economics and Business in the Department of Business Administration.

She started her cooperation with SAFE ADVISORS S.A. since September 2019 while working as an intern and continued working here until today at the Customer Service Department.

In 2018 and along with her studies she worked as a trainee in the Audit & Assurance Department of Deloitte Greece, where she participated in various financial audit projects of various companies.

Ιn 2004, Theofanis began working for CITIBANK International plc Greece, Kastoria Branch, as an Investments Citibank Representative and since 2008 he operated as a Citigold RM Assistant of Citigold Personal Banking.

In February 2013, he created his own Asset Management office, in association and co-operation with SAFE Ltd.

In November 2015 he joined forces with Mr. Konstantinos Kanatsios to establish their company “K. Kanatsios – T. Apostolakis G.P.”, always in a close and fruitful co-operation with SAFE ADVISORS Investment Services S.A., as their Associated Representatives.

He acquired his Masters in Business Administration (International MBA) at the University of Glamorgan in Great Britain. He had previously graduated with bachelor’s degree of Electrical & Electronic Engineering (Beng) at the same university.

He is certified in the Provision of Investment Advice  ( Certification B) by the Bank of Greece.

Konstantinos started his professional carrier in TECIS Finanzdiensteistungen, a German Financial Services company, where he worked for two years as an Investment Advisor.

He, then, returned to Greece where he was employed by Citibank International plc., Greece on the wealth management sector as a Citigold Executive, between 2006 and 2009, and as a Branch Manager until the end of 2012.

In March 2013, he started operating as an “Independent Asset Management Advisor” in association with SAFE Ltd.

In November 2015, he established, along with Theofanis Apostolakis, the company “K. Kanatsios – T. Apostolakis G.P.”, always in close and flawless co-operation with SAFE Advisors Investment Services S.A., as their Associated Representatives.

Konstantinos studied at the Giessen-Friedberg University of Applied Sciences and graduated with a Financial Sciences degree, specialized in financial services.

Then, he followed postgraduate Financial Planning studies on the EFISEG (European Financial Services Education Group) in collaboration with the Frankfurt School of Finance & Management – Bankakademie Germany.

He is certified in the Provision of Investment Advice (Certification B) by the Bank of Greece.

Dimitris started his professional carrier in Citibank International Plc, Greece, from 2008 to 2013 as a Relationship Manager in Citigold Personal Banking. His previous positions in Citi were Investment CR, Customer Service, and teller.

From 2013 to 2016 he joined HSBC as a Relationship Manager of high net worth clients (Premier Clients).

His next professional step was at February 2016 when he started his career as an Independent Investment Advisor in partnership with SAFE ADVISORS S.A., as Associated Representative , with objective the  Independent, Excellent, and holistic Service of his clients in Investment Advisory Services.

Penny started her career at Millenium Bank in 2000, in the area of retail banking. Her next step was at Alpha Bank London, where following a short stay at the Operations Department, she was promoted to Account Officer in Private Banking, where she stayed until June 2006.

From 2006 until the end of 2014, Penny worked as a Relationship Manager for high net worth customers at Citibank’s Citigold Personal Banking. At this position she successfully created and managed investment portfolios, earning several awards from Citibank. In 2015 she was promoted to Select Relationship Manager, while following the buyout of Citibank’s Consumer Bank in Greece from Alpha Bank, she became Executive Private Banker  at Alpha Bank’s Private Banking.

In 2017 she left  Alpha Bank and started a new career as an Independent Investment Advisor, in cooperation  with Safe Advisors S.A. as their Associated Representative.

Penny studied Business Administration, with a major in Accounting and Finance, at the American College of Greece (2003). She continued her studies, obtaining a postgraduate degree, MSc in Finance and Investment (2004), from Brunel University in the UK.

Penny is certified as an investment manager in the UK, as she holds the Investment Management Certificate (IMC) from the UK Society of Investment Professionals (UKSIP).

She is also Certified in Portfolio Management (Certification C) by the Bank of Greece.

ABOUT US> Board of Directors

ABOUT US> Investment Committee 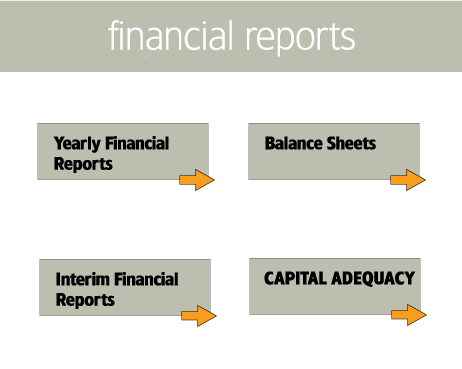